Travel yourself hip in Portland, Oregon

Filled to the brim with coffee, wilderness and trendy everything, Portland, Oregon is truly a breath of fresh air. It’s a city that embraces its uniqueness so much that its unofficial motto is ‘Keep Portland Weird’. This quaint metropolis sits on the west coast in the United States and offers activities for just about every kind of traveller. If you’re into food trucks, craft beer and locally owned shops, you may want to consider Portland as your next destination.

Located just minutes from downtown Portland, Forest Park is the city’s urban getaway. The park is home to over 112 birds and 62 mammal species, and is a popular route for runners, hikers, or just causal strollers to explore. And since it’s so close to the city, you can enter the park through several access points in the Northwest Portland neighbourhood. Inside the park, be on the lookout for historical sites like the Witch’s Castle, a moss-covered stone building erected in 1936, or the Pittock Mansion, a centennial home of newspaper businessman Henry Pittock. No matter where you begin your trail, you’ll be surrounded by beautiful nature, fresh air and even an animal, or two. 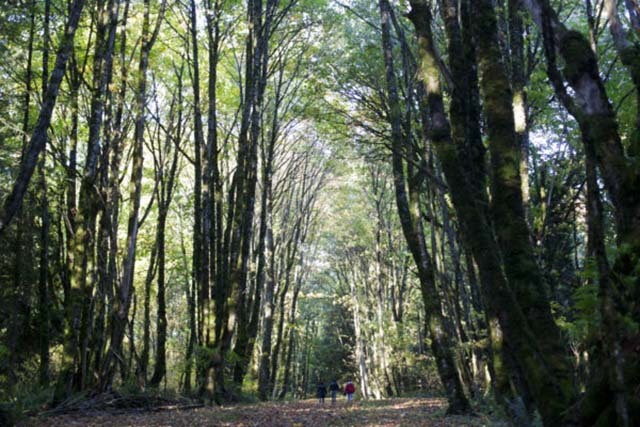 Yes, the rumors are true. Portland has just as many (if not more) food carts than you see in the movies and on tv. With over 600 food carts and growing, Portland is known as the place with the world’s best street food with all kinds of unique varieties to let your taste buds explore. And for your convenience, many of these food carts are grouped in pods (like a mini food court) so you can try way more than just one!

Grab a cup of joe

Okay, if we didn’t talk about the coffee, this wouldn’t be a proper Portland blog post. Portland takes its coffee pretty seriously—it’s home to countless locally owned cafes and coffee shops throughout the city. If you’re in the area, check out some of Portland’s under the radar coffee shops like ‘Five Points Coffee’ and ‘Dapper & Wise’—both located in the Southeast Division with unique brews you can’t get anywhere else. And for a wider selection of different brews, head over to places like ‘Barista’ and ‘Case Study Coffee’ that have a variety of brews for every kind of palate. After experiencing these shops, you’ll pretty much be a coffee aficionado. 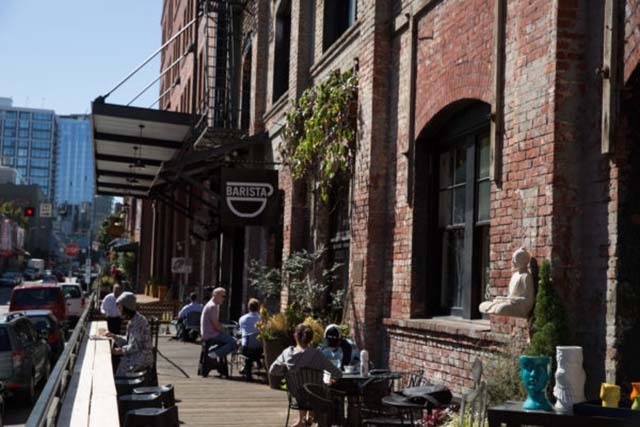 Get lost in the books

What’s a trip to Portland without a visit to the world’s biggest new and used bookstore? But ‘Powell’s City of Books’ is more than just a great bookstore, it’s a sample of the city, packed with books as unique and eclectic as its people. And it also has a coffee shop inside (because Portland!) plus, it’s open all year round and is located in downtown Portland’s Pearl District.

Some cities call their sports icons ‘The Goat,’ standing for ‘The Greatest Of All Time,’ but Portland has something even better…Real goats! Named after their original home on Southeast Belmont Street, The Belmont Goats are a community icon and a hidden gem for tourists. Take a break from your activities and watch the goats frolic along or meet them up close in person and take an Instagram worthy shot during open gate hours. It’s free, but donations are encouraged and appreciated. And their Yelp reviews are almost all five stars, which is always a good sign. 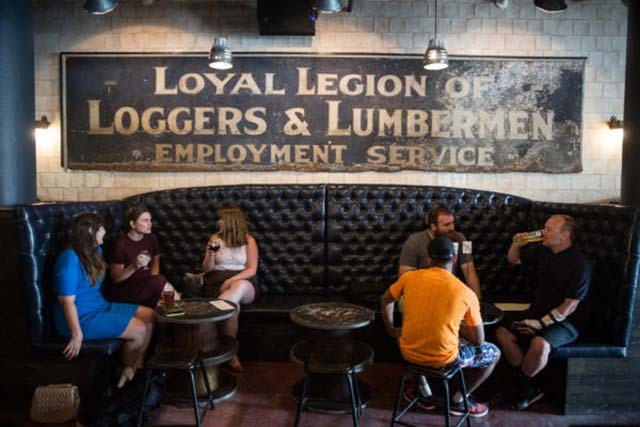 Home of the craft beer

Portland’s beer scene, particularly craft beer, has been flowing since the early 1980s. And with over 75 breweries and counting, there’s no shortage of beer on tap for you to peruse. But if you’re looking to taste them all (or most of them), consider the ‘Loyal Legion’, a bar dedicated to Oregon breweries with a menu of 99 taps of pure Oregonian perfection.

Night scene for everyone

From live music, to happy hour and world-class comedy, Portland has a scene for all. When it comes to live music, Portland has a lot to choose from. Places like Crystal Ballroom and Roseland Theater attract all kinds of live musical performances downtown. But before you jam out at a live music performance, it’s always important to check out the local bars during happy hour. Most bars in town have a happy hour anywhere between 3-6pm. And if you’re up for a good punchline, places like Helium Comedy Club or Darcelle XV are perfect—both venues draw talent from a-listers to up-and-comers who will most likely have your cheeks hurting from laughter.

WestJet offers service between Calgary and Portland. What are you waiting for? The books, the coffee and the hipsters await!